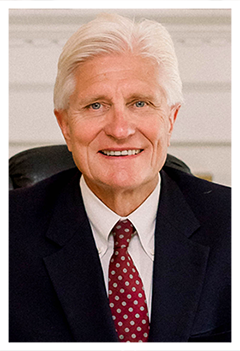 Matt M. Paavola was born and raised in a working class neighborhood in East Baltimore. Coming from a blue collar family, he has a deep-rooted affection for labor rights. Matt now resides in Baltimore County with his family. They are active with Grace Fellowship Church of Timonium.

A graduate of the University of Maryland School of Law, Matt began the practice of law in the Essex area in 1982. He founded his own firm in 1986. Now known as Workers' Comp Law Firm, LLC, the firm concentrates in workers' compensation law. Mr. Paavola also owns White Marsh Law Firm which handles wills, estates, elder law, criminal charges, small business matters, and personal injuries. Mr. Paavola has tried cases at virtually every level of Maryland's judicial system, from the various courts of original jurisdiction to the Court of Appeals of Maryland. He has also been involved in a great deal of federal litigation. Mr. Paavola's greatest source of pride is his trial skills in workers compensation law. He has tried well over 2,000 Workers' Compensation cases and appeals.

Mr. Paavola is a member in good standing of the Maryland Association for Justice (formerly the Maryland Trial Lawyers Association). The thrust of his focus has been workers' compensation legislation that improves the status of the injured worker. He was nominated and elected to the Board of Governors in 2000 and retired in 2005 when he received the MAJ prestigious Defender of Justice Award. Mr. Paavola was also busy on the Board of Kids' Chance, an organization founded to help provide scholarship money for the children of seriously injured workers, for over a decade. He co-hosted the Lawyer's Show for over 5 years which aired on WJFK Radio every Saturday morning.

Mr. Paavola is also very active in charitable groups. He has served at the Helping Up Mission as a coordinator and volunteer with the Legal Aid Ministry of Baltimore for over twenty years. This is a not-for-profit organization that furnishes pro bono assistance to the indigent. He has served as State Membership Director of the Greater Baltimore Christian Legal Society (now known as Maryland Christian Legal Society) for over three decades. That effort has led to the creation of a law student mentoring program connecting students with local members of the Christian Legal Society. His volunteer efforts have also led Mr. Paavola to work with the Essex/Middle River/White Marsh Chamber of Commerce (now known as the Chesapeake Gateway Chamber of Commerce) and Sta-Put Educational Committee. This committee was instrumental in establishing a resident mediation program to facilitate community stability in impoverished areas of eastern Baltimore County. He is also active on the Baltimore County Bar Association and the Maryland State Bar Association serving on the Insurance, Negligence and Worker's Compensation subcommittees. Mr. Paavola has twice chaired the Public Awareness Committee for the Baltimore County Bar Association.

Jenifer L. Mindel, Esq., is an associate to our firm, and a graduate of the University of Baltimore School of Law. Ms. Mindel concentrates in the area of civil litigation by advocating for the rights of those personally injured in motor vehicle accidents, and premises liability cases. In addition to practicing personal injury law, Ms. Mindel protects the legacy and assets of her clients by handling all aspects of Estate matters such as Advanced Medical Directives, Powers of Attorney, Last Will and Testament, Living Trusts and all aspects of Probate Estate Administration. 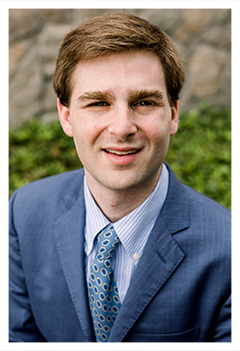 As a six-year associate, and now partner to the firm, Mr. Ehudin vigorously, and zealously fights for the rights of those personally injured in motor vehicle accidents, as well as premises liability cases. Mr. Ehudin’s advocacy of negligence claims, underinsured motorists coverage, and uninsured motorist policy disputes, has resulted in six figure recoveries for his clients. Mr. Ehudin will make sure you receive the justice and representation that you deserve for your injuries, lost wages, and pain and suffering. In addition to practicing personal injury law, Mr. Ehudin litigates numerous workers’ compensation matters before the Maryland Workers' Compensation Commission on a daily basis. Mr. Ehudin’s passion for workers’ compensation and personal injury advocacy developed as he observed the treatment his father received after being injured on the job. That personal experience has driven Mr. Ehudin to fight for his clients' rights with an aggressive approach to strive for maximum results for each and every client’s case, big or small.